“I felt so overwhelmed and humbled,” says Hancocks comp winner

“I felt so overwhelmed and humbled,” says Hancocks comp winner 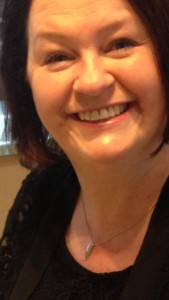 It’s always lovely to see a truly nice person getting their just rewards, which is why everyone at Hancocks was so delighted when it was announced that Sam Morris (pictured) had won our latest competition.

We launched our 12 Days of Christmas contest with the intention of giving away a stunning piece of jewellery to somebody who really deserved it. We asked entrants to nominate somebody who had inspired them, and if you’re looking for an inspiring lady, then Sam – a teaching assistant from Boothstown, Salford – certainly fits the bill.

Sam has been diagnosed with breast cancer twice in the space of seven years, yet despite this she has worked tirelessly and selflessly to help others. Sam – who was successfully treated on both occasions – has raised a significant sum of money for the Genesis Breast Cancer Prevention Centre in Wythenshawe and the Breast Care Unit at Salford Royal.

She achieved this by setting up Think Pink & Sparkle, which has staged an annual event at Boothstown British Legion for the past five years. These gatherings have been so successful that last year’s event attracted more interest than the group could cater for. Sam has no intention to stop just yet, and she confirmed that plans are already afoot for Think Pink & Sparkle’s 2015 extravaganza.

“She’s gone through so much, and continues to amaze me”

Clearly amazed by her close friend’s drive, determination and caring nature, Sam was nominated for the Hancocks prize by Steph Chande.

“When I saw the Hancocks Facebook competition, I immediately thought of Sam,” commented Steph.

“She’s gone through so much, and continues to amaze me. Sam loves to wear sparkly things and she’s got a natural sparkle in her eye, so it would have been a fitting reward if she won. I was shocked when I found out that she’d been chosen.”

Steph accompanied her good friend when she came into the Hancocks store to collect her luxurious 18ct white gold diamond pendant.

“The Hancocks staff were really lovely and we were blown away when we were presented with the pendant. It’s stunning, and as luck would have it, the piece goes very nicely with Sam’s earrings!” Steph added.

A gorgeous piece of jewellery

On receiving her prize, Sam confirmed that she was “gobsmacked” when she was first told about the competition win.

“Steph didn’t mention it to me at all,” she remarked.

“I couldn’t believe it when I heard that I’d won. I felt so overwhelmed and humbled when I found out why Steph had nominated me. I really enjoy doing the charity work, and we’re hosting another event on October 10th this year.

“The pendant is absolutely beautiful and I couldn’t wait to put it around my neck.”

They say that nice people finish last, but I think we can all agree that this heart-warming tale proves that sometimes good things do happen to good people.