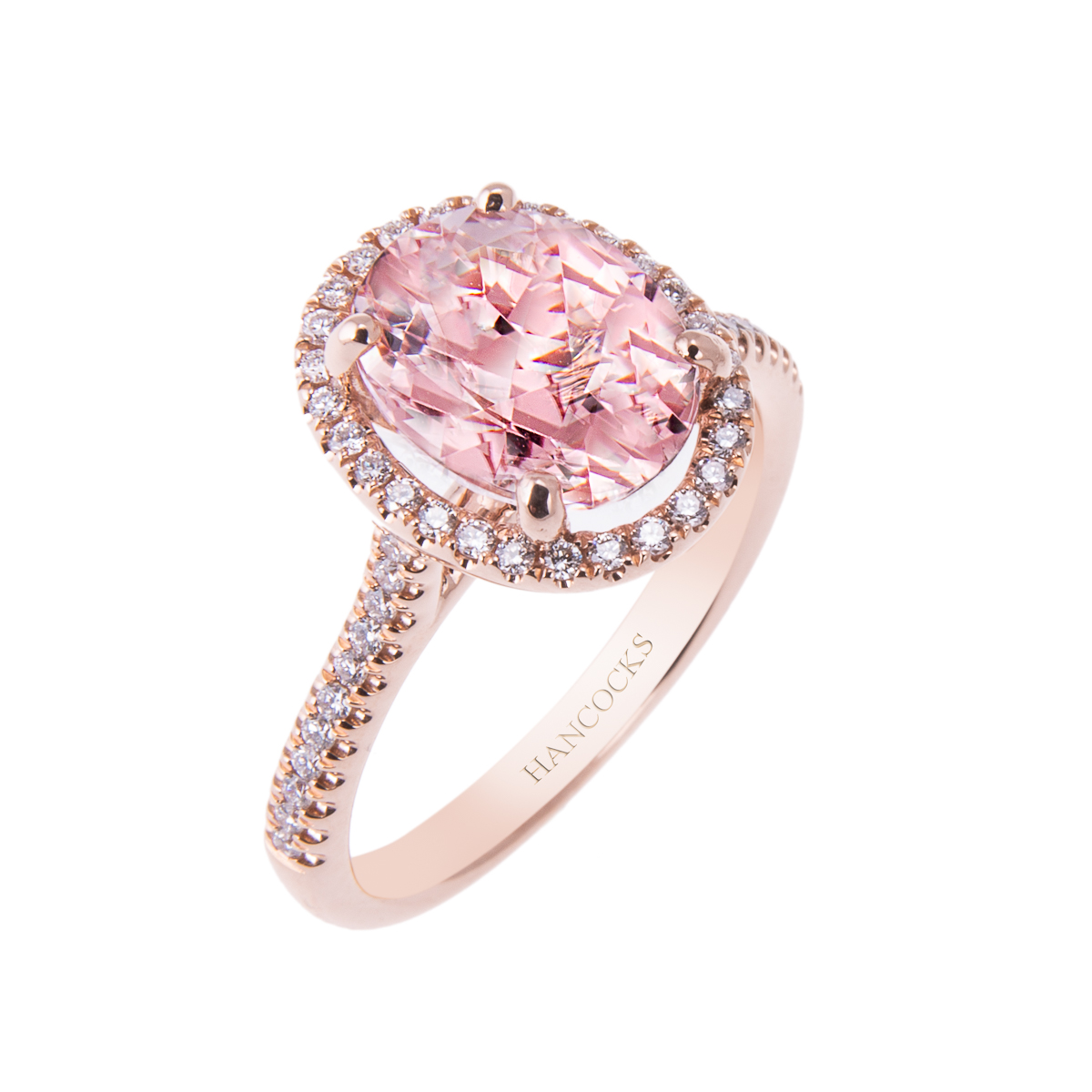 Fine gemstones come in many varieties and we have selected a few of our favourite ‘must have’ gems for this summer to tell you about.

One of the most popular gemstones of the moment is Morganite, a member of the Beryl family. An extremely pretty pink stone first discovered in Madagascar by the American Financier J P Morgan in 1910 and named after him by Tiffany, as he was a good customer of the celebrated American jewellery house. It varys slightly in colour form a bright pink to a more salmon colour and is a relatively clear stone that sparkles well especially when accompanied by diamonds.

Has always been popular but since it has been worn my the newest royal bride, the Duchess of Sussex we have had many requests for it. Traditionally a pale blue stone with slight sea green colours, relatively hard wearing making it suitable for a ring worn everyday. It first became a darling of the Art Deco glitterati in the 20’s and 30’s. A favourite of the poet Dame Edith Sitwell who was photographed by Cecil Beaton wearing 2 huge aquamarine rings. Today these spectacular rings are displayed in the jewellery gallery at the V &A.

Fine quality sapphires have a beauty that can not be rivalled. Traditionally blue but can be found in many colours from colourless to pink and a very rare orange/pink form is called Padparadschah. The most highly valued stones have a rich velvety blue saturation with a hint of violet, often described as cornflower. Their relative hardness makes them a great choice as an engagement ring. 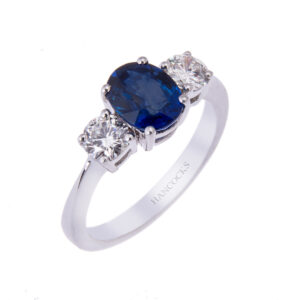 For the lover of fine gemstones, this has timeless appeal. Tanzanite has distinctive indigo and violet flashes and is a stone that is only being found in one part of the world, Tanzania. This gemstone has entered the collections of many celebrity jeweller and its hypnotic colour has held centre stage for some years in the fashion world and still remains a stone for those who love to be different.

Another classic coloured gemstone is emerald, famed for its vivid green colour. They are naturally an included stone that can be damaged with miss treatment, so have in the past picked up a reputation for being unlucky. These beautiful gemstones were traditionally found in Columbia but fine examples can be found in Brazil and Zambia. 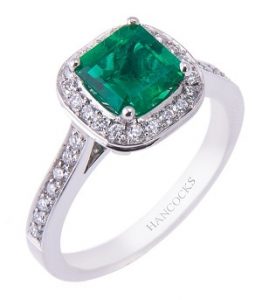 Wallis Simpson was given as her engagement ring by Edward VIII, half of one of the worlds finest emeralds, purchased as a set from Cartier. A rare gem that cemented one of the most notable love stories of all time. The fashion icon of the 1930’s whose adage ” one can never be too rich or too thin”  was a fitting statement.